Caloocan City is one of the most urbanized and densely populated cities in Metro Manila. Did you know that it is the 4th in terms of population among all Metro Manila’s cities?  Together with the other cities of Malabon, Navotas and Valenzuela --- collectively they’re called CAMANAVA, an acronym with all the first two letters of the 4 cities.  The city consists of both the South Caloocan that has Manila, Quezon City, Malabon, Navotas and Valenzuela for its borders. North Caloocan, on the other hand, has for its borders the cities of Quezon City, Valenzuela and towns of Marilao, Meycauayan and San Jose del Monte, all in Bulacan.

Caloocan City is one of the few cities in the metro to watch out for – its location being an advantage. It is now bustling with a lot of developments, one of which is this property, Torre De Florencia.

This city has seen a number of changes already and slowly progressing with more business and commercial centers being put-up through the years. It has been popular for motorcycle dealers and motorcycle spare parts dealers.  Other industries are thriving, too. Major banks such as BDO, BPI, Metrobank, East West Bank and China Bank have each their own branches here.

Parents treat education, as their top priority for their children, thus, the availability of good and reputable schools is one of their considerations in choosing a home. Nearby the property are a number of good schools like: Notre Dame of Greater Manila School, Our Lady of Grace Academy, APEC Schools in Grace Park District, University of the East Caloocan, Manila Central University (MCU), World City Colleges, Mater Dei Learning Center, Systems Plus Computer College, Campbell Academy, Inc. and Grace Park Elementary School. There you are – a good number of choices if you decide to own a home and live here.

For churches – A few of Catholic Churches include the Shrine of Our Lady of Grace Parish while there are also non-Catholic churches as well like Iglesia ni Kristo and Church of God.

The ladies of the house would welcome this community since shopping is surely something to look forward to as several big names in retail are here such as shopping malls, stand-alone supermarkets and hypermarkets, namely: Ever Gotesco Grand Central, Puregold Sangandaan, Robinson’s Supermarket, Victory Central Mall, Puregold Monumento, Araneta Square, North Mall, UNIWIDE Warehouse Club Monumento, SM Hypermart Monumento, SM Center Sangandaan and the SM CITY Grand Central in a few years. Or they can go to:  SaveMore Zabarte, Puregold Zabarte and Zabarte Town Center in the Camarin area.

For those who are employed, looking for work or thinking of getting into business – this city offers a lot of opportunities whether you’re in the corporate world, in medical, banking, marketing and other industries or perhaps, engaged or thinking of going into new types of businesses. As the area is centrally located to numerous big cities, such as Manila and Quezon City – you will certainly have great potentials of making it big in a few years to come. Don’t tell us we didn’t mention this to you as you slowly create a name for yourself and your business.  Prospects here are really good.

Working 5 days   a week and going to school for the same number of days makes everyone too excited for the weekends or holidays. For those in this part of the metro, there are parks nearby, all within the city like Glorieta Park, Amparo Nature Park and Nova Romania Fountain Park.  Everyone is welcome here and if you want to explore – go and check out these places for family bonding time. Isn’t it nice that you need not go too far to be able to have your own form of recreation --- it’s right within your city and best of all, it’s either free or have very minimal fees.

Lastly, the location is within some of the major thoroughfares in Manila and has a number of public transport terminals, including LRT stations nearby. Going to and from the other nearby cities in the metro is so easy and fast, with some short cuts for private travel.  If you’d be travelling locally or internationally, there’s minimal traffic, too, as you can pass by the shortest routes in Manila all the way to Pasay or Paranaque cities. 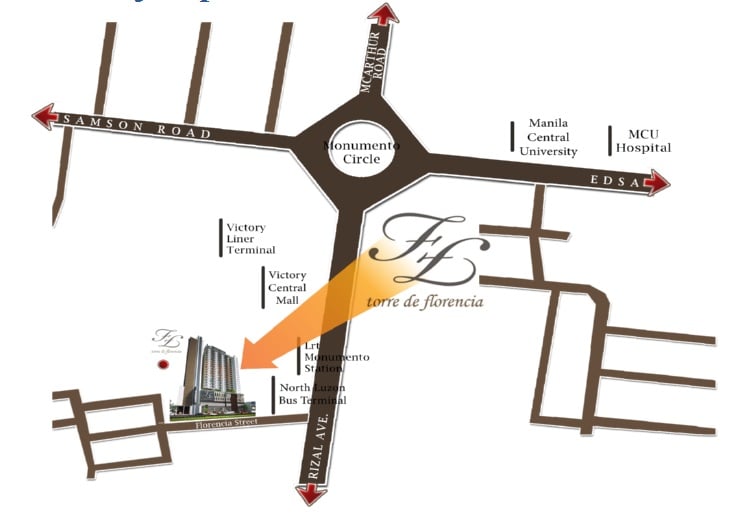