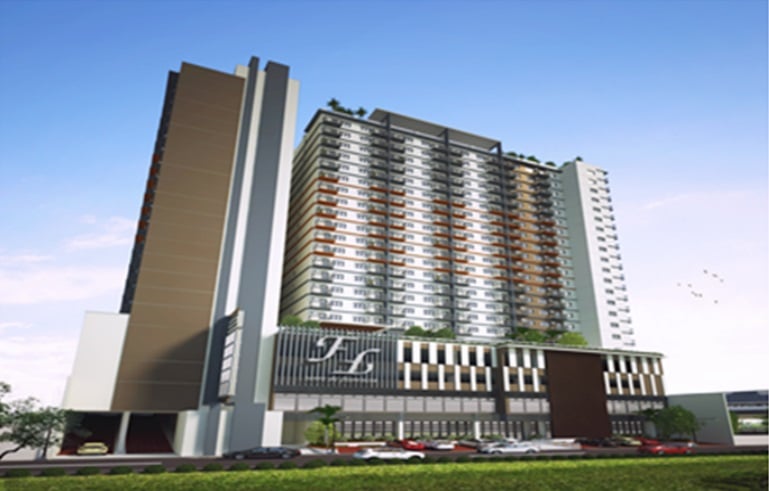 Be mesmerized of the grace and sophistication of Caloocan City while you admire the beauty and elegance of the Torre De Florencia, a unique condo community north of Manila.

This twin-tower residential development is a product of Merrytown Properties Corporation (MPC), one of the Philippines’ fast-rising real estate developers. The Torre De Florencia is a 2-tower residential condominium for sale in Caloocan City with 22 stories each tower. The site sits in a 2,995sqm of a prime property in southern Caloocan City that has a higher elevation compared to nearby Manila.

This elegant condo community is also a few kilometers away from the nearest shore of Manila Bay to the west. The twin-tower residential development offers only a total of 978 distinct units that come in Studio and One-bedroom suites perfect for the young professionals, starting families, young CEOs, OFWs, expats, and even middle-income people from all walks of life. This affordable condo property is so easy to pay with its flexible payment schemes that include Pag-Ibig (HDMF) Housing Loan, bank financing, and in-house financing. You can also pay in instant cash if you wish.

The location is superb as your new home will be next to the city’s most famous landmark, the Bonifacio Monument Circle (also called Monumento). The site is a walking distance from the LRT-1 Monumento Station. Monumento is the last stop of the vast and meandering EDSA (Epifanio De Los Santos Avenue) in the north side of Metro Manila. At this spot, the intersection in Monumento will bring you closer to Valenzuela City and the Northern Luzon provinces to the north (via NLEX), Quezon City to the east, Manila to the south, and Navotas and Manila Bay to the west.

The Torre De Florencia is located in 177 W 12th Ave., Grace Park West, Caloocan City, Metro Manila. This part of Caloocan is the southern part of the city and is just 8km north of Manila. Caloocan City is the fourth most populous city in the Philippines (with an estimated population of more than 1,700,000 people at current count). If Manila has its own University Belt areas, this side of Caloocan is considered as the city’s University Belt zone, where you can find dozens of top-ranking schools (primary, secondary, and tertiary) and other training centers.

Caloocan City is also known as the gateway to the Northern Luzon provinces. You can find the Victory Liner Bus Terminal near Monumento beside the Victory Central Mall. Luckily, the terminal is a walking distance from Torre De Florencia (150 meters away to the northwest of the site). The bus terminal services the route as far as Baguio City in Benguet; and other provinces, such as Olongapo, Dagupan, Zambales, Bataan, Cagayan, and several provinces north of Manila. Moreover, the LRT-1 has a station at the Monumento Grand Terminal.

This route of LRT-1 passes through the city’s 5th Avenue Station then traverses Rizal Avenue Extension before entering stations in Manila and Pasay City. The end of the line for this route is Baclaran in Pasay City.
The Torre De Florencia offers Studio type units (with an average floor area of 21 to 21.7sqm, with or without a balcony) and One-bedroom units (27 to 36.9sqm) with or without a balcony. Adjacent residential units can be combined to form a larger unit depending on availability. The Studio has a total number of 908 units while the One-bedroom type has only 70 units, for total available units of 978 for sale or for rent. This medium-density occupation of a condo community is very rare in Caloocan City where the prices of real estate properties had skyrocketed for the past two decades.

Merrytown Properties Corporation Torre De Florencia in Caloocan City, Philippines is a premier Condo project available for sale. If you're looking to rent or purchase Torre De Florencia, then check here first. We have full details of Torre De Florencia updated regularly as well as everything you need to know about the availing and booking process, broken down into stages that includes selecting a unit, choosing a payment plan and buying your dream home at the right price. For price list, free site tripping or showroom visit, personalized service, model house, unit plans, floor plans, payment terms, CHAT LIVE with an agent 24x7. Always only buy from PRC licensed Real Estate Brokers and Agents.

Why Invest In  Torre De Florencia

Perfect location to rear a family

Living at the Torre De Florencia is a great starting point to nurture a family while they grow. As much as this stunning condo community in Caloocan City is a blessing in disguise for most individuals and families that adhere to a good life in an urban setting, the city offers more conveniences than the rest. If you are working in Makati or the BGC in Taguig City or the Ortigas Center in Pasig City, the major roads that traverse the city make your commute a lot quicker and easier. Whether you use public transport or your own car, the smooth ride from home to your workplace is a good case in point. Your children will also enjoy the privilege of being near their school as the area is teeming with top-notch educational institutions much to their liking. While EDSA is part of the Monumento Circle (this road leads to the NLEX and Quezon City), the other avenues that complete the rotunda are the Rizal Avenue (road leading to Manila), Samson Road (the street loading to Navotas), and the MacArthur Highway that leads to Valenzuela, Bulacan, and other Northern Luzon provinces. The location of Torre De Florencia is truly ideal for the dynamic families who want their homes as a pure delight of serene living.

As the Torre De Florencia is coming to its completion by the middle of 2019, you still have the chance to purchase your preferred suite with a slight increase from its introductory price per unit. Even at this point in time, you can also select the best location of your unit and the perfect size for your needs. Most experts will agree that you make a reservation today, for this, you will be assured of a reasonable price while you have the chance to choose the best location for your intended unit. Additionally, you can have access to various info regarding this property by contacting our licensed real estate agent on this website. You will be provided with the right information from the reservation procedure, down payment (DP) option, total contract price (TCP), and the method of payment. Start owning your ideal home in Caloocan City, have a chat now with our representative!

You can pick the best method of payment depending on your ability to pay in buying a precious unit at the Torre De Florencia Caloocan. Owning a property designed and built by Merrytown is like owning a paradise in the city. The company wants you to enjoy their affordable product without giving you a headache as you pay for your dream home in tranches. You can choose to pay in outright cash where you could have a big discount or you can choose among in-house financing, bank financing, or via Pag-Ibig Housing Loan (the most popular payment method for the middle-income families). Additionally, you can literally move into your new home with only your clothes on during the turn over time as the unit comes complete with basic deliverables and finishing except the furniture. Once you have completed the reservation fee and the down payment (DP), which is usually 10-20% of the total contract price (TCP), you have to pick the right balance of payment method that will suit your financial capability. To know more about on how to make a reservation and the right payment option for your financial capacity, you can contact our licensed real estate broker on this website for more details.

Earn a substantial monthly income if you lease out your unit

Your purchased unit at the Torre De Florencia Caloocan can better serve you for a long-term investment while you just put a minimal amount of cash (while the rest will be taken cared of by your financial institution). If you have no plans of moving in on your purchased unit, you can let other end-users rent out your unit in exchange for a sustainable amount of monthly lease for your property. This way, you can earn a substantial amount of income even if you are still paying for the monthly amortization of your purchased unit. Caloocan has its own University Belt where thousands of students from the Northern Luzon provinces come to pursue their studies, notwithstanding the city’s own population of more than 200,000 students (for tertiary education only). These students are just some of the prospective tenants for your purchased unit. You can allow a short, medium, and even long-term lease of your property which will be managed by the company’s team of expert managers. You can also inquire with our licensed real estate agent about this venture.